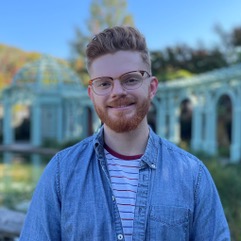 A native of Fargo, North Dakota, Benton Schmidt began studying music at the age of 5. He completed his Bachelor of Music in Piano Performance at North Dakota State University where he was recipient of the Bill Euren Fellowship, a four-year full tuition scholarship. Schmidt received his Masters of Sacred Music from the University of Notre Dame in May 2021, and is currently working towards his doctorate at the University of Kansas. At home in both ancient and modern repertoire, Benton particularly enjoys the liturgical music of seventeenth-century French Classic and early German Baroque periods. In the future, he hopes to promote the marriage of organ and Gregorian chant in the service of today’s Church. He currently serves as music director of Our Lady of Good Counsel Catholic Parish in Kansas City, MO.

The Westport Concert Series is presented FREE by Westport Presbyterian Church. Donations are gratefully accepted, and help to fund future concerts in the series!